There is a strategic planning meeting scheduled for Monday, March 25th at 6pm in the HS Auditorium.   All are welcomed to attend.
Posted by Mr. Dressel at 7:27 AM No comments: 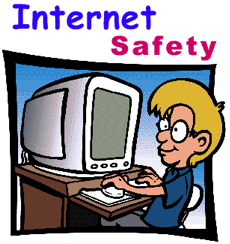 RE: Internet Safety Tips
The Chadron Police Department has received several complaints lately that involve the use of the Internet.  The information super highway can be a great tool and asset for adults and school aged children.  However, please remember it is also used by Internet predators as well.  Please take the time to go over the following “Internet Safety Tips” and talk with your children to make sure they are using the Internet safely.

The first week of MAPS testing is in the books at CMS and nearly all of the 5th and 6h graders have completed the Language Usage and Reading tests.  All of the 7th and 8th graders have completed the Reading test and will pick up again on Monday, March 25th with the Language Usage test.  So far, I have been encouraged by the growth that our students have shown on their scores from this fall!  I want to thank all of our students for taking their time on these assessments and giving their best effort.

MAPS testing will resume next week and conclude when we get back from Easter break on April 2nd.  Due to the tight schedule, we will roll right into NeSA testing, which is the State assessment that covers Reading, Math, and Science (science is for 5th and 8th grade only).  The NeSA assessments are very important, and although we do not receive the NeSA data until October, it is crucial that students do their best on these tests because the data is used to determine Adequate Yearly Progress (AYP).  I know that our students will do great!

Please take some time to talk to your students about the assessments that they have been taking and ask them how they did.  Most of the students are very aware of their score and whether or not they improved from the fall.  Also, testing can cause anxiety in some students.  You can help them overcome  this by encouraging them to take their time and do their best, we can't and won't ask for anything more.

Thank you all for your support and if you have any questions regarding testing, or anything else regarding your child's education, please contact Mr. Dressel at 432-0708 or nichlas.dressel@chadronschools.net.

Please click on the link to see the complete testing schedule:CMS Testing Schedule
Posted by Mr. Dressel at 9:32 AM No comments:

Students, staff, parents and friends are invited to join the fun as we begin the 3rd Annual Morning Marathon Club!  We will meet before school, Mondays through Fridays on the high school track to walk/jog/run supervised ¼ mile laps.  Our first day will be March 18, 2013.  We will NOT meet March 20, March 29, and April 1, due to no school on those days.  Mark your calendars for our celebration day on the morning of May 18, 2013!

The main goal of this program is to give each participant a positive start to the day and establish a routine of exercise and a healthy breakfast.  This will help them build confidence and self esteem that comes from setting goals and crossing the finish line.  Lace up those running shoes and let’s get moving!

Some specifics about the Morning Marathon Club:
Submitted by Mrs. Rischling 3/19/13
Posted by Mr. Dressel at 10:22 AM No comments: 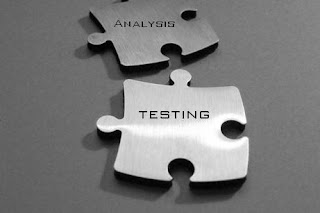 Below you will find the link to the CMS SPRING TESTING SCHEDULE.  We will begin the Measures of Academic Progress (MAPS) test on Monday, March 18th.  MAPS testing will be followed by the Nebraska State Accountability (NeSA) test.  Please take a moment to review the schedule and note which days your student(s) will be testing.

Testing can be a stressful time for students.  Parents can do a lot to help relieve some of this stress by talking to your student(s) about testing and encouraging them to take their time and do their best.  You can also help prepare them by ensuring that they get enough rest the night before the test and that they eat a healthy breakfast on the morning of the test.

If you any questions about the schedule, please contact Mr. Dressel at 432-0708 or by email at nichlas.dressel@chadronschools.net.

A Celebration of Reading

On March 1st, students across the Chadron Public School District celebrated the birthday of Dr. Seuss. 8th grade students in Mrs. Waugh's English classes celebrated the day with students at the Chadron Primary School, Chadron Intermediate School, and the Child Development Center by reading some of their favorite Dr. Seuss books to the children.

The experience was an excellent service opportunity for our 8th graders and they had a great time connecting with some of the younger students in our community.  We would like to thank the Intermediate School, Primary School, and the CDC for allowing our students to read to their students. 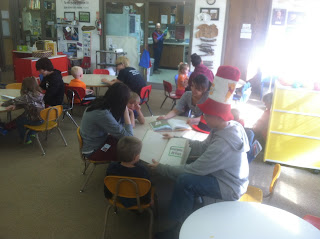 WE’RE HAVING A QUIZ BOWL TOURNAMENT!


Chadron Middle School will host a Quiz Bowl Tournament on March 20th.  This is a great opportunity for students from other schools to visit our school and community  as well as compete in a fun, scholastic competition.

Format of the competition will be as follows:
·     Every team will play three games.
·     The top two scoring teams will then play a championship game.
·     NO calculators will be used
·     Winning teams will be decided on points; if there is a tie, the number of 15 point questions answered will determine outcome; if still a tie, the win/loss record will be looked at.
·     The top three scoring teams will each receive one trophy.
If your student is a member of the CMS Scholastic Team, or if you just want to drop by to watch the kids compete, please know that all are welcome.